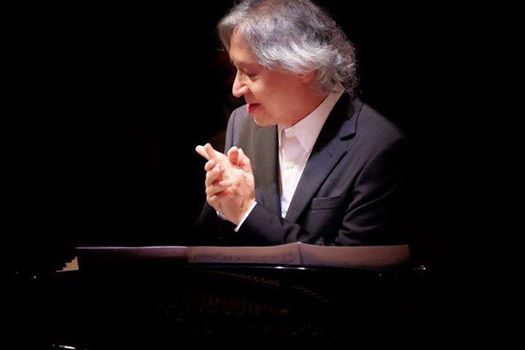 If you are interested in Cantonese song production, you would know Ted Lo as one of the great song arranger of tons of hit songs. Ranging from the classic hits like “Garbage”, “I am sorry that I am a Aquarius”, “Love and Sincerity” and “Splendid Encounter” to the more recent hits like “One Plus One” and “Lone Wolf”

Another reason you may know Ted Lo from is that he is the uncle of the famous singer Justin Lo. Not only he introduce Justin to the music producer Mark Lui, Ted Lo also arrange a majority of Justin Lo song as well. He also participate in Justin album production and concert.

But people tend less to know about the jazz side of Ted Lo. People crowned Ted as the Godfather of HK jazz. Ted Lo graduated from Berklee College of Music in the 70s, the first musician from Hong Kong to do so. He also collaborated with legendary jazz musician like Herbie Hancock、Jack DeJohnette、Michael Brecker. After returning to Hong Kong, he collaborated with Hong Kong Chinese Orchestra to perform Chinese Traditional Folk song and Modern pop song with Jazz element.

What kind of Jazz performance will Ted Lo and Eugene Pao will bring us in the October of Freespace Happening? Find out 5:30pm–6:00pm 14 October 2018 (Sunday) at the West Kowloon Art Park.