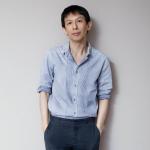 One of today’s most popular and critically acclaimed directors in the Chinese theatre scene, Edward Lam started writing scripts for the former Rediffusion Television and Television Broadcasts Limited (TVB) while in high school. After his graduation, he formed avant-garde theatre group Zuni Icosahedron with some friends. Between 1989 and 1995 he lived in London, where he studied theatre and dance, During these years he founded the Edward Lam Dance Theatre and showcased his theatrical works in London, Brussels, Paris and Hong Kong. In 1994, he won Best Adapted Screenplay at Taiwan’s prestigious Golden Horse Awards for the film Red Rose, White Rose, directed by Stanley Kwan. After returning to Hong Kong in 1995, he devoted himself to promoting theatre. He has, to date, directed over 50 works and worked with artists and organisations such as Ismene Ting, Yuri Ng, Angelica Lee, Daniel Wu, Denise Ho, Ariel Lin, Meng Jinghui, Mathias Woo, William Wei, Valen Hsu, Gigi Leung, Li-Hua Chen, Cheer Chen, Sylvia Chang, David WangJoseph Chang, William Chang, Tony Yang, Anthony Wong Yiu-ming, Mark Lui, Jim Chim, Joseph Cheng, Rene Liu, Pong Nan and the National Theatre of China, across cities and platforms. He won Best Director of the Year at the 2010 and 2012 Shanghai One Drama Annual Awards for Man and Woman, War and Peace, and The Doppelgänger respectively.

Edward is also committed to promoting culture and education. Since 1997, he has conducted lectures on liberal studies at the University of Hong Kong, as well as humanities at the Hong Kong Baptist University Academy of Film and Hong Kong Academy for Performing Arts. He often contributes articles to newspapers and magazines in Hong Kong, Beijing, Shanghai and Guangzhou. Some of his published works include the Waiting for Hong Kong series, the Entertaining Everyone series, and Flowers of Evil. His new works include The rise and fall of Hong Kong television series from the 1970s and Leading ladies of the Mandarin cinema from the 1950s, published in 2013 and 2014 respectively.