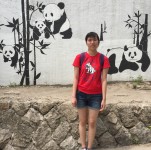 The HR department has arranged an internship program about the roles, events and development of the Performing Arts Department to all summer interns on Monday and invited the executive director of performing art department to share his experience and work to us.

Prev
A Perfect Match
Next
What is Project Time Management (PTM)?