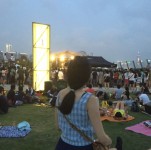 Can artworks have “identity crisis”? What does it imply? The cases of Duchamp’s Fountain and Brancusi’s Bird in Space will tell.

In 1917, the American Society of Independent Artists organized its first exhibition. Claiming that every submission of artworks would be displayed, this exhibition seemed unusual for its openness and inclusiveness, but the “Richard Mutt” case might have proved it wrong. How come?

Richard Mutt submitted his work Fountain to the exhibition, assuming that it would get admitted, but the Society rejected his work because it was “vulgar, immoral, with no aesthetic value”. For most people, the Society was totally reasonable as Fountain was merely a rotated porcelain urinal with a signature of the “artist”. They could not see any craftsmanship or even effort in this piece of “art”.

Yet, as one of the board members of the Society, Duchamp had a different opinion. He debated with other board members but in vain, so he chose to resign from the board in protest. Later, he published his defense “The Richard Mutt Case” in the magazine The Blink Man. He wrote:

“Whether Mr Mutt with his own hands made the fountain or not has no importance. He CHOSE it. He took an ordinary article of life, placed it so that its useful significance disappeared under the new title and point of view – created a new thought for that object.”

(And yes, Duchamp was Richard Mutt.)

Duchamp/Richard Mutt and Fountain shocked the art world. Fountain embodies Duchamp’s notion of “readymades” that the “useful significance” of the urinal “disappeared under the new title and point of view – created a new thoughts for that object”. Calling a readymade object “art” and submitting it to an exhibition also questioned that whether the committee had the authority to deny Fountain as an artwork, or whether the aesthetic value should be recognized according to the artist’s claim.

After all, what do you think is art?

上一篇
我的實習生活
下一篇
Have You Ever Caught the Wind?