A rewarding adventure in the old Hong Kong 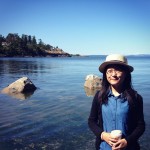 Walking through the hustle and bustle of this cosmopolitan city, I eventually arrived at the starting point of my short adventure during lunchtime. After greeting lots of leafy green trees and brightly-colored flowers in the Kowloon Park, I met with the Hong Kong Heritage Discovery Centre which was one of the historic landmarks of the Park. It formerly was part of the Whitfield Barracks, a military site of the British Army in the colonial period. I felt so excited to visit this Centre for the first time and listen to the Hong Kong history it was going to tell me.

On entering the Thematic Exhibition Gallery of the Centre, I was attracted by the special entrance of the “Factory Hong Kong” Exhibition which was decorated with a number of black-and-white photographs of the Hong Kong factories in the old days. Many of them portrayed how numerous young female factory workers worked together to produce matches, electric torches, weaving, and a wide range of toys. From their serious facial expressions, I could instantly imagine and see how they paid close attention to their jobs. I was so fortunate to get a load of some daily goods made by these workers in the past through those valuable photographs.

When I caught a glimpse of the label “Made in Hong Kong” marked on these products, I was suddenly touched and amazed by what I saw. It was the first time for me to look into the old Hong Kong from the perspective of the local manufacturing industry in the post-war period. It seemed to me that these products symbolized something that was really important to Hong Kong people. But, I did not really have a clear idea about what it was at that moment. The Well Designed Entrance of the "Factory Hong Kong" Exhibition

As I continued to walk along the Gallery and appreciate some of the creative art pieces by students of the Hong Kong Design Institute, I was unexpectedly distracted by a conversation between two children and their grandmother.

“Look grandma! The TV is saying something interesting…”

Thanks to this little boy who yelled so loudly, I had the chance to watch the video about the interview of some female factory workers. It was really funny to learn that these workers needed to steal adults’ identity cards to work at factories because they were too young and could not meet the age requirement of being a labor. They could easily make their bosses believe they were adults because the identity card in the past only recorded the surname instead of the full name of the card owner. However, when government officers came to arrest child labors, they still needed to run away as quickly as possible. They would quietly return to work after those officers left. Though the working conditions of factories were relatively poor, they insisted to go to work on time every day and to earn money for their beloved ones.

While listening to their amazing factory stories, I finally understood what the important thing lingering in my mind was. It must be the perseverance of Hong Kong people. Even though life was hard in the old Hong Kong, people including youngsters were willing to be optimistic and try their best to work for their families. Unlike many teenagers in the present, the youngsters in the old days did not only concentrate on enjoyment and wait for parents to take care of them. They were hard-working and effectively helped lighten the financial burden of their parents. They were our role models. We should surely learn from them to consider how we could contribute to our own families and society. I kept pondering on this while leaving the beautiful Kowloon Park. The factory history of Hong Kong was one of the valuable collective memories and part of the local culture. It represented the Hong Kong spirit which should be well preserved by each generation. Although my lunch hour had already come to an end, my mind was still at the fantastic “Factory Hong Kong” Exhibition…